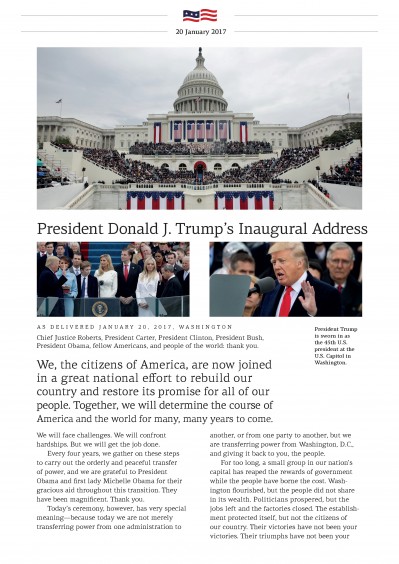 America celebrated the inauguration of its 45th president on January 20, 2017. President Donald J. Trump gave his inaugural address from the U.S. Capitol West Front as has every president since President Reagan in 1981. Special guests included past presidents on the specially constructed inauguration platform and many other celebrants from across the country on the National Mall. President Trump’s inaugural speech was televised live worldwide. 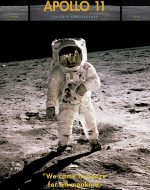