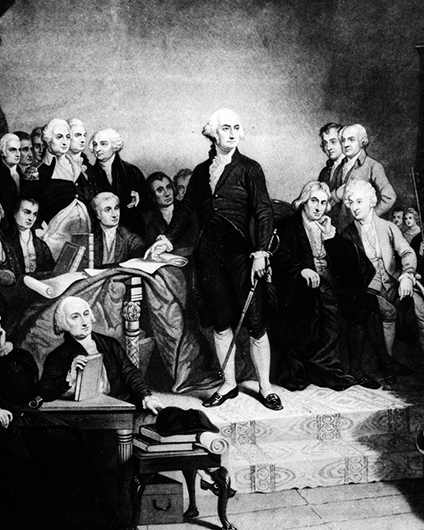 Though not required, every president since George Washington has delivered an inaugural address. The laws and traditions surrounding presidential inaugurations are among the best examples of continuity during political change. The U.S. presidential inauguration exemplifies bipartisan tradition, and even the most heated partisan political debates are set aside to support the peaceful transition of power.