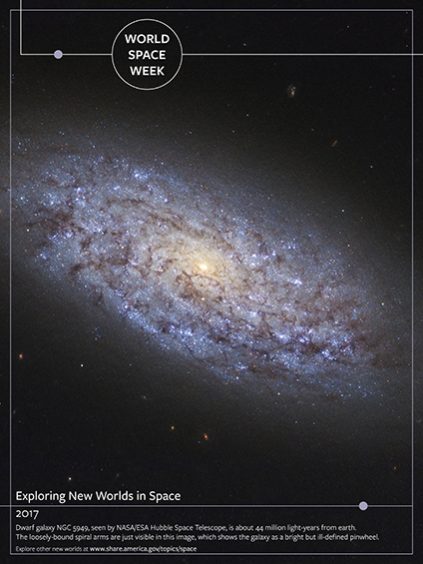 World Space Week takes place this year from October 4–10, 2017. This year’s theme is “Exploring New Worlds in Space,” and it comes after an exciting year for scientists and astronauts. The poster features the dwarf galaxy NGC 5949 as seen by NASA/ESA Hubble Space Telescope. This dwarf galaxy is approximately 44 million light-years from our planet. Galaxy NGC 5949 can be seen in this poster as a bright aggregate of stars, gas and dust vaguely resembling a pinwheel.

President Trump has vowed to “restore America’s proud legacy of leadership in space.” As he signed an executive order re-establishing the U.S. National Space Council on June 30, he said, “Space exploration is not only essential to our character as a nation, but also our economy and our great nation’s security.” 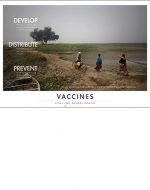 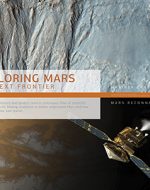 Format: Poster
Why explore Mars? Foremost…it is the next most accessible planet in our solar system after Earth. NASA research also helps scientists answer important questions about the evolution of our own planet and solar system. 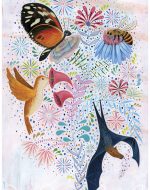